A hyped Cookies Family strain, Moneybagg Runtz is a cross of Zkittlez and Gelato that is rare and sought-after. Celebrated for its incredibly fruity profile that smells just like a bag of the sugary candy, the strain has resin-drenched buds that range in color from rich purple to lime green. Runtz is also noted for its creamy smoke that is smooth and welcoming alongside a euphoric and elevating high that lasts for hours. Buy MoneyBagg Runtz. Moneybagg Runtz is a unique Runtz strain specially developed by passionate rappers to produce the ultimate hybrid.

If you know your cannabis strains pretty well, you’ve probably heard of Runtz. Genetically, it’s a cross between the two popular strains Zkittlez and Gelato. A defining marker of Runtz is its fruity flavor profiles, similar to smelling a bag of candy when you first tear open the packaging. In general, it’s an even balance between indica and sativa, but a few variations may have more skewed ratios. The strain was created by an independent rapper named Yung LB. Born and raised in the east side of Long Beach, Yung LB moved to the Bay Area in the early 2000s. During this time, he had many influences, ideas, and guidance that led him to eventually create Runtz.

The Moneybagg Runtz strain is a collaboration between Yung LB, the original creator of Runtz, and another rapper named Moneybagg Yo. Moneybagg Yo, born and raised in Memphis, Tennessee, is a successful artist whose best works have reached the top 10 on the Billboard 200. He has been signed by the CMG record label (Collective Music Group, formerly Cocaine Muzik Group) and Interscope Records. Moneybagg Runtz is cultivated and managed extremely well. The form of the nugs is very inspiring, as it has a phenomenal texture — rich and soft to the touch, like a product made from the highest quality cotton.

This flower has an intense flavor, as well as an extraordinary burn that leaves the user in a cloud of white smoke. Overall, this strain will leave you relaxed and ready to go, as if you’re boarding a plane and taking off into a whirlwind of flavors. It paints a zenful sensation that leaves the entire body floating on Cloud Nine.

Be the first to review “MoneyBagg Runtz” Cancel reply 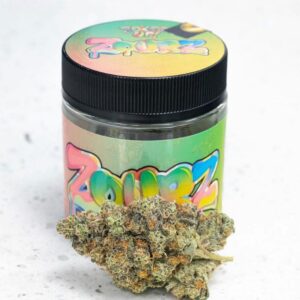 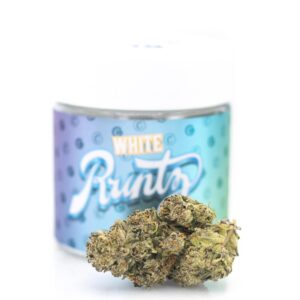 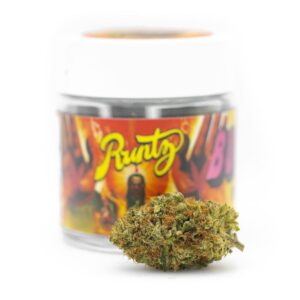 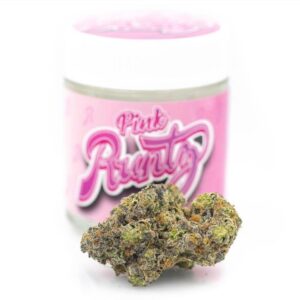 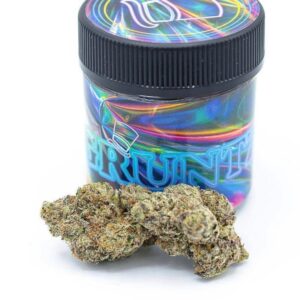 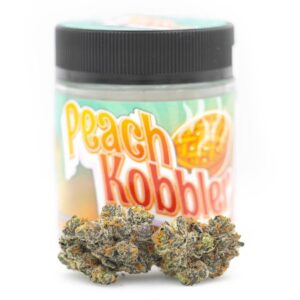 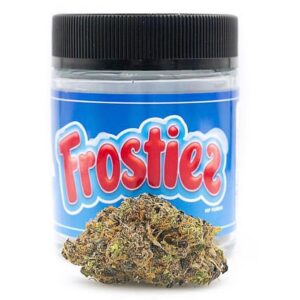